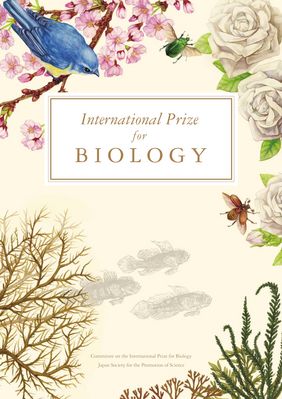 The International Prize for Biology was instituted in April of 1985 by the Committee on the International Prize for Biology. It aims to commemorate the sixty-year reign of Emperor Showa and his longtime devotion to biological research and also to offer tribute to the present Emperor His Majesty Emperor Akihito, who has strived over many years to advance the study taxonomy of gobioid fishes while contributing continuously to the developing of this Prize. The award ceremony is held every year and Their majesties the Emperor are expected to be present.

The Prize consists of a medal and a prize of ten million (10,000,000) yen. There are no restrictions on the nationality of the recipient. The Prize is awarded to an individual who, in the judgment of the members of the Committee, has made an outstanding contribution to the advancement of research in fundamental biology.

The research field for the 2019 Prize is Biology of Insects.

The Prize is presented every year in a dedicated ceremony. In conjunction with the ceremony, an international symposium is held in which the Prize recipient is invited to give a special lecture.