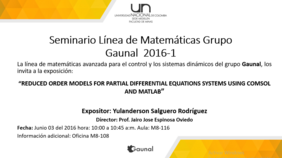 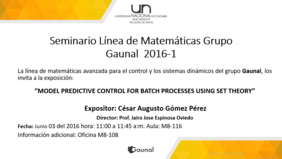 In process control  partial differential equations (PDEs) are used to describe physic process using mass, energy or momentum laws and constitutive equations. However, PDE models lead to infinite-dimensionality systems that are unfeasible for control and simulation process. Dimensionality reduction techniques like Proper Orthogonal Decomposition (POD) are thus necessary to obtain reduced order models being suitable for control systems. The POD method has worked  for dimensionality reduction in Cartesian spatial domains with regular mesh. Nevertheless,  a POD's limitation corresponds to the stacking order of the empirical systems information in the snapshot matrix for PDE systems with non Cartesian domain. Our contribution is therefore to show that the POD functions and their respective variances are invariants regarding to the stacking order. Using Comsol-Matlab/Simulink and POD method, we used a heat transfer system in two dimensions with several stacking orders in the data matrix in order to compare the respective reduced order models. We also provided the application  of the Comsol-Matlab interface to obtain reduced order models using an office heater (two-dimensional heat system), where we designed a LQR controller based on the reduced order model obtained from POD method.

From control theory point of view, batch process is a challenging system because it is irreversible. It means that once the batch process reaches a state point it cannot get back to a previous one. So, the space is not fully reachable. This is a necessary condition for controllable systems, therefore, from this point of view, batch process are not controllable. Anyway, there are other tools we can use to analyze batch process control. Set theory is an approach to evaluate state space conditions through some set definitions; it has the advantage of naturally including constraints in the states and input variables. Particularly, Controllable Trajectory Sets (CTS) were proposed to evaluate the control performance in batch processes. Results showed that the path used by the process has an effect on control development, so it was necessary to find a secure path were control can have a better performance, then, a Model Predictive Control (MPC) which used the CTS information was proposed to handle the batch processes control difficulties. The MPC with CTS was compared with traditional control strategies to evaluate the tracking trajectory and shrinking horizon end-point performance. As a result, the information given by CTS helps the control to use pragmatic control actions which help to avoid the irreversible problem.